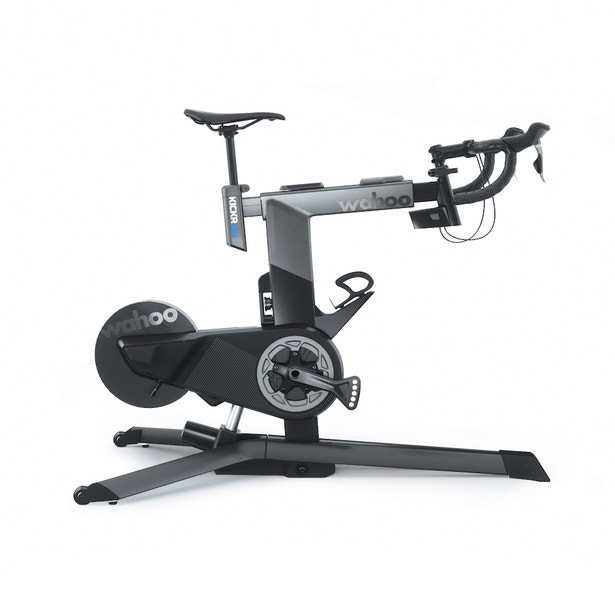 Smart Trainers and You

If you’ve heard your riding mates carrying on about Zwift and smart trainers but you have no idea what they’re talking about, let us help.

A smart trainer is a tool you mount your bike on that offers resistance like a normal trainer, but with the added benefit of allowing the resistance to be controlled by cycling apps such as Zwift.

What’s the point of a smart trainer?
The boom of indoor cycling apps such as TrainerRoad, Zwift, RGT Cycling and The Sufferfest have created a cottage industry of smart trainers for the simple reason that the tool makes indoor cycling so much more engaging.

When riding a virtual course on a smart trainer, if you begin to climb a hill the resistance ramps up and you have to pedal harder (or change to an easier gear!), just like when riding outdoors. This works with real-life POV video on apps such as Rouvy and FulGaz, as well as digital worlds like Zwift.

When doing group rides or races on Zwift, the resistance gets easier when you are riding in a group, simulating a draft, and harder when you are alone in the wind.

Similarly, when doing structured workouts, a smart trainer automatically sets resistance to the exact prescribed wattage, so you don’t have to worry about gauging or pacing your effort.

So, there are key reasons to use a smart trainer: to make indoor cycling much more fun and more productive.

How a smart trainer works
Smart trainers communicate on ANT+ and Bluetooth. ANT+ is cycling’s standard wireless frequency, so most bike computers, heart-rate monitors, power meters, speed/cadence sensors and such work on ANT+. Bluetooth is native on smartphones and many tablets and computers.

You can ‘drive’ a smart trainer with a newer bike computer, such as a Wahoo Elemnt Bolt. With this method, you can set the resistance at a particular wattage, complete a workout or ride a previous course.

What is a lot more interesting for most folks is to ‘drive’ the smart trainer with a cycling app.

With this method, you load the app on your smartphone, tablet or computer, then connect it to your smart trainer via Bluetooth or ANT+.

I recommend using Bluetooth for this connection because it is often more stable and it doesn’t require an ANT+ dongle. (The latest Samsung Galaxy has native ANT+, but most phones and computers do not.) 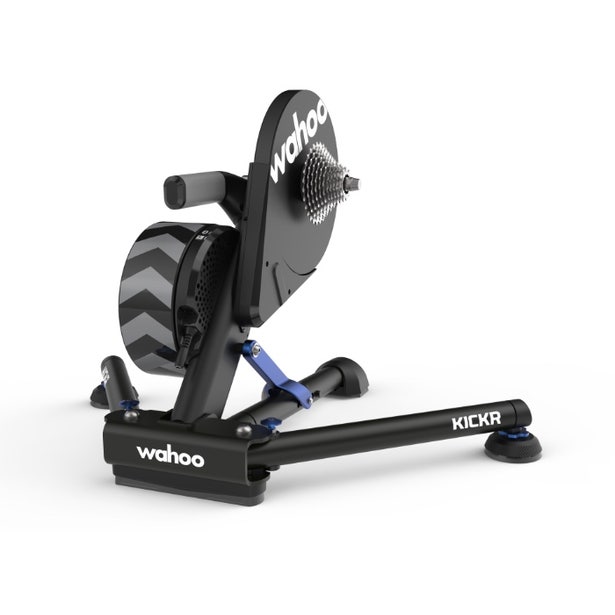 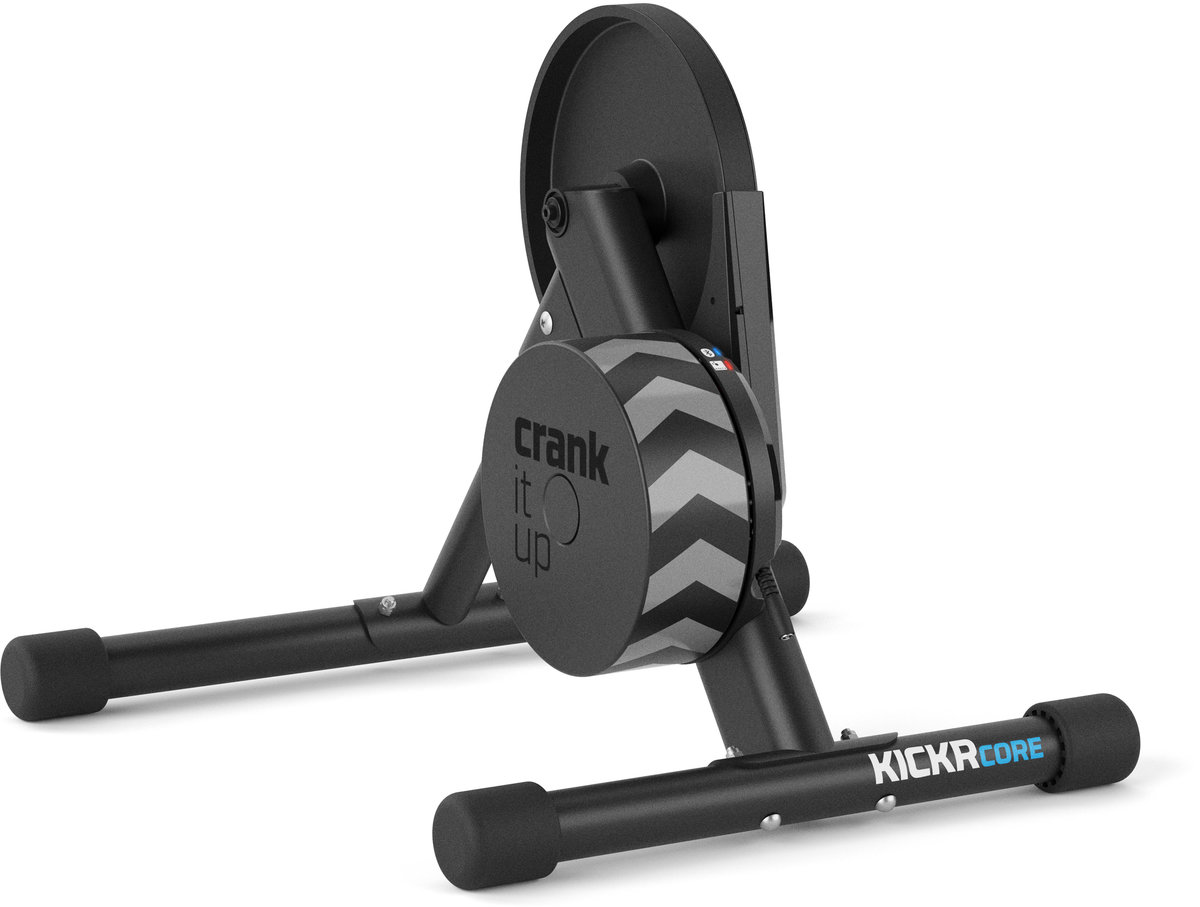 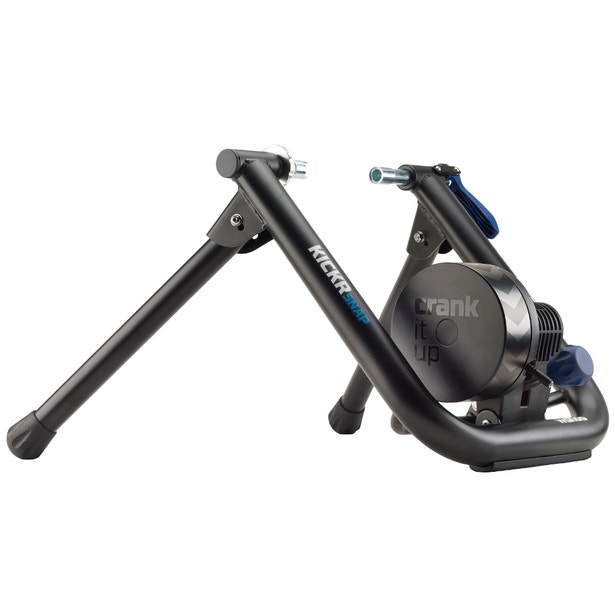 What you need to use a smart trainer

To get in the virtual cycling game, you need:

Wheel-on smart trainers, like the Wahoo KICKR SNAP Smart Trainer, look most similar to a normal trainer, where you clamp your bike at the rear axle and then tighten a drum against your rear tire for resistance.

This design is relatively lighter (sub 40lb), relatively cheaper (models start at $499) and relatively easier to store, as the legs often fold ups.

On the downside, wheel-on smart trainers require calibration each time you put your bike on them, which includes a 10-minute warm-up. And often, the power accuracy isn’t quite as good as on a direct-drive model.

Direct-drive smart trainers, like the Wahoo KICKR CORE Smart Trainer, are sturdy units that effectively replace your rear wheel. After installing a cassette, you pop off your wheel and mount the trainer on the direct-drive trainer.

Benefits of this design include stability, accurate power measurement and no need to warm-up before calibrating. The downsides? Cost and weight. Prices start at $899 and most of them weigh about 47lb.

Lastly, For those who want the ultimate indoor cycling experience, there is the Wahoo KICKR Bike Indoor Smart Bike. It’s fair to say they do offer advantages over standard smart trainers which the dedicated indoor cyclist will appreciate! Things like adjustability for multiple users, a more life-like feel when in climbing and descending modes, you can always leave your dirty bike outside because you don't have to bring it in as you always have a bike inside ready for you, and in the end it's just an overall better experience because everything is better!