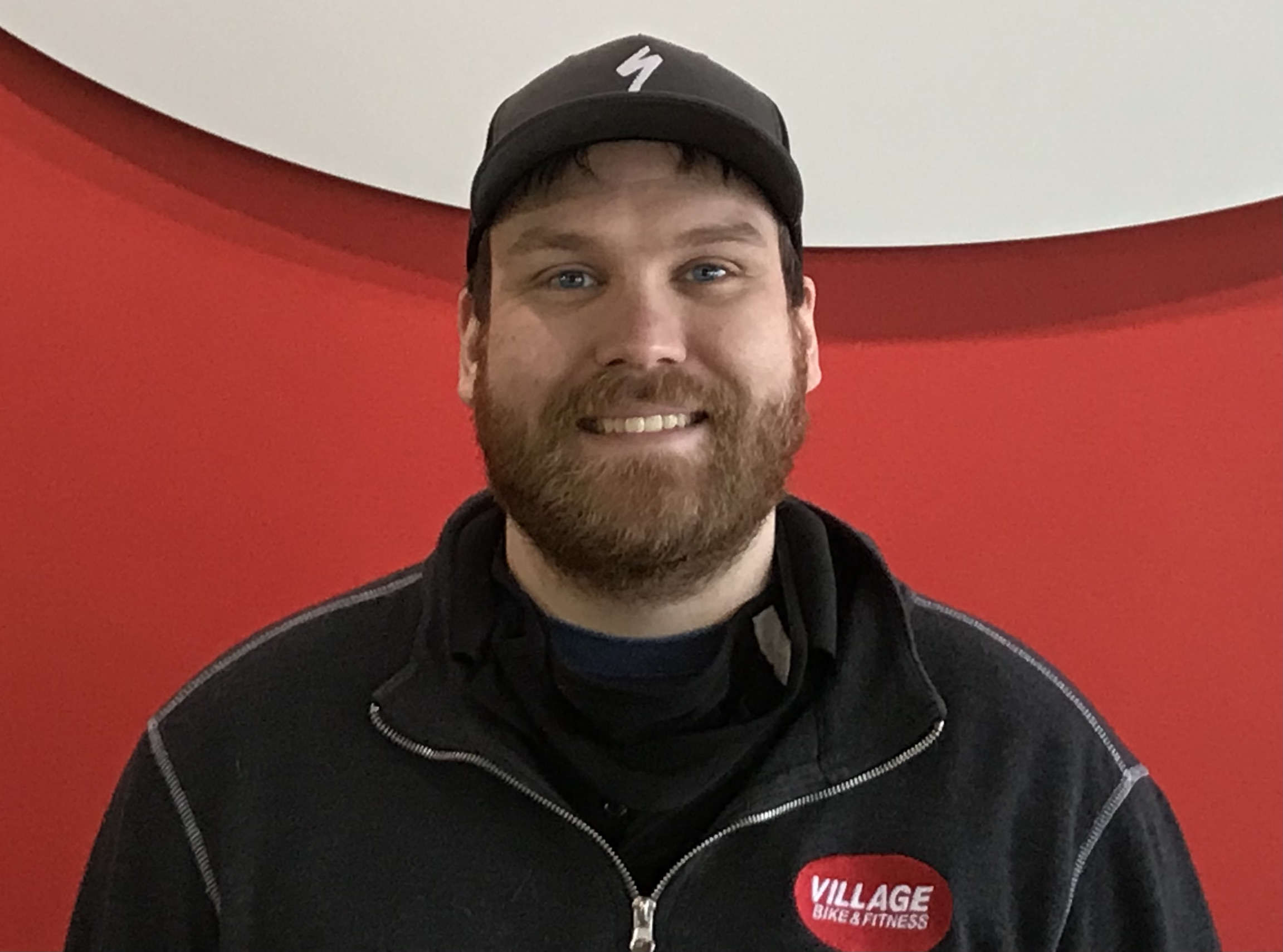 Returning to Grand Rapids after spending a year in Florida is manager Josh B. Josh had resided in Grand Rapids for the previous 10 years after growing up in Glannallen, Alaska. Josh is in his fourth year with Village; his first as manager after previously serving as assistant manager and fitness repair coordinator at our GR North/Plainfield store. A Marvel Comics fan who likes road and gravel riding equally, Josh’s ideal day would be a mid-to-late morning ride with friends, chatting and hanging out. Josh rides a Specialized Diverge but when not on the bike he enjoys computer games. He’d someday like to own an S-Works Tarmac and thoroughly enjoys watching GCN (Global Cycling Network) videos. When asked what his favorite thing about working for Village Bike & Fitness was, Josh responded “Everyone is always so friendly no matter which store you walk in to.”